Obviously life has changed enough for me to not be able to blog... Although I wasn't doing a very good job of it before Piper came along either.

I have to admit that life with two kids isn't that much different so far than life with one kid, except I have to be a little better at time management, and it takes me longer to get out the door each day. (Can I just have a side rant for a second? Our elevator still isn't working after the flood. So I have to lug a carseat and a toddler down and up three flights of stairs every time I want to leave the house. Sometimes Zoey walks, sometimes she doesn't. Sometimes I carry Piper in a carrier, sometimes in the carseat, but holy hell its really getting to me. Add winter coats, which are both hot and slippery, and you have a recipe for disaster. Also, forget every coming home with anything other than a backpack and the kids. No coffee, no groceries, no shopping errands... GAH it's KILLING ME!)

Ok so maybe my patience has decreased a little too since having our second child. But so far, not nearly as hard of a transition as when the first baby came along.

Zoey and Piper are becoming good friends. Zoey loved her from the start, but now Piper can interact with Zoey and they just love it. One day, when I didn't have the carseat cover over Piper's seat (she can still see out, but it's like she has a little warm cave to protect her from the weather), she and Zoey laughed at each other in the car. There are few sounds that are sweeter, let me tell you. 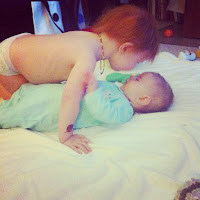 Zoey is getting really good at using the toilet, so she gets to run around in underwear all day. I don't know what it is, but losing that bulky bum really makes her look grown up! She also had her first haircut, and she sat there a little stunned, which made the whole thing quick and easy. She is singing and dancing more than ever, which led me to sign her up for a little class once a week starting next week. Unfortunately I didn't realize until after we signed up that I couldn't bring Piper with me, but luckily my mum is free and it's right by her house, so she can watch Piper for the 45 minutes while Zoey and I dance away. I can't wait to see if she likes it. 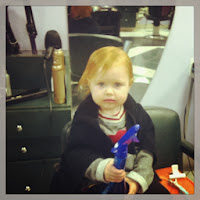 Piper is a pretty mellow baby. She sleeps fairly well, eats fairly well, and loves looking around and smiling. Her hair is growing in much lighter than her existing hair, which makes for an awesome hipster combover thing. She has way more hair than Zoey had until she was about 1.5 and it's definitely curly. I am eager to see what it looks like in a few years. 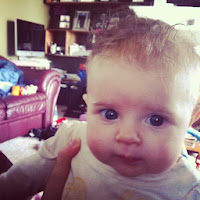 I am slowly but surely getting back into exercise. Time is a contributing factor as well as me not wanting to take away from family time. I signed up for the St. Patrick's day 10 km so we will see how that goes. I picked up a double chariot on kijiji and love it so far. I'm going to swim as well so hopefully I can get a little fitter. The body isn't bouncing back as quickly this time around but that's to be expected I think. I'll take it slow but try to keep my motivation. Not the easiest thing out there! 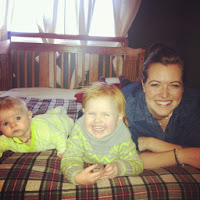 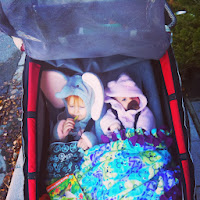 Now I have to try to stay awake until 9:30 so that I can take advantage of the night owl swim prices.  The last 90 minutes of the day is only 7$ for a drop in at the talisman centre (a couple of blocks from my house) so that means 9:30-11. I don't normally stay up past 9 so here's hoping I don't fall asleep in the pool!

So good to see you back posting! Glad to hear that your daughters are doing so well and thriving. They are absolutely adorable. Best of luck with those night owl swims!

A little info about me

Heather
I'm a flight attendant, a celiac, a runner, a triathlete and a mother to two girls, Zoey and Piper.

Check out my tweets @mrsbrillinger